His business, “Bee Man Exterminators” caught the eye of Zach in the summer of 2007 when he was just beginning to raise honeybees. He called to express an interest in catching swarms that season, and was wondering if Mike might want to check out the innovative vacuum collector he had just put together. Turns out the two lived less than a quarter mile apart, and by the end of their first meeting, Mike had offered Zach a job. Zach has worked as a “Bee Man” for the past ten years and decided to take over the business with his partner Stephanie when the time came for Mike to pass it on. 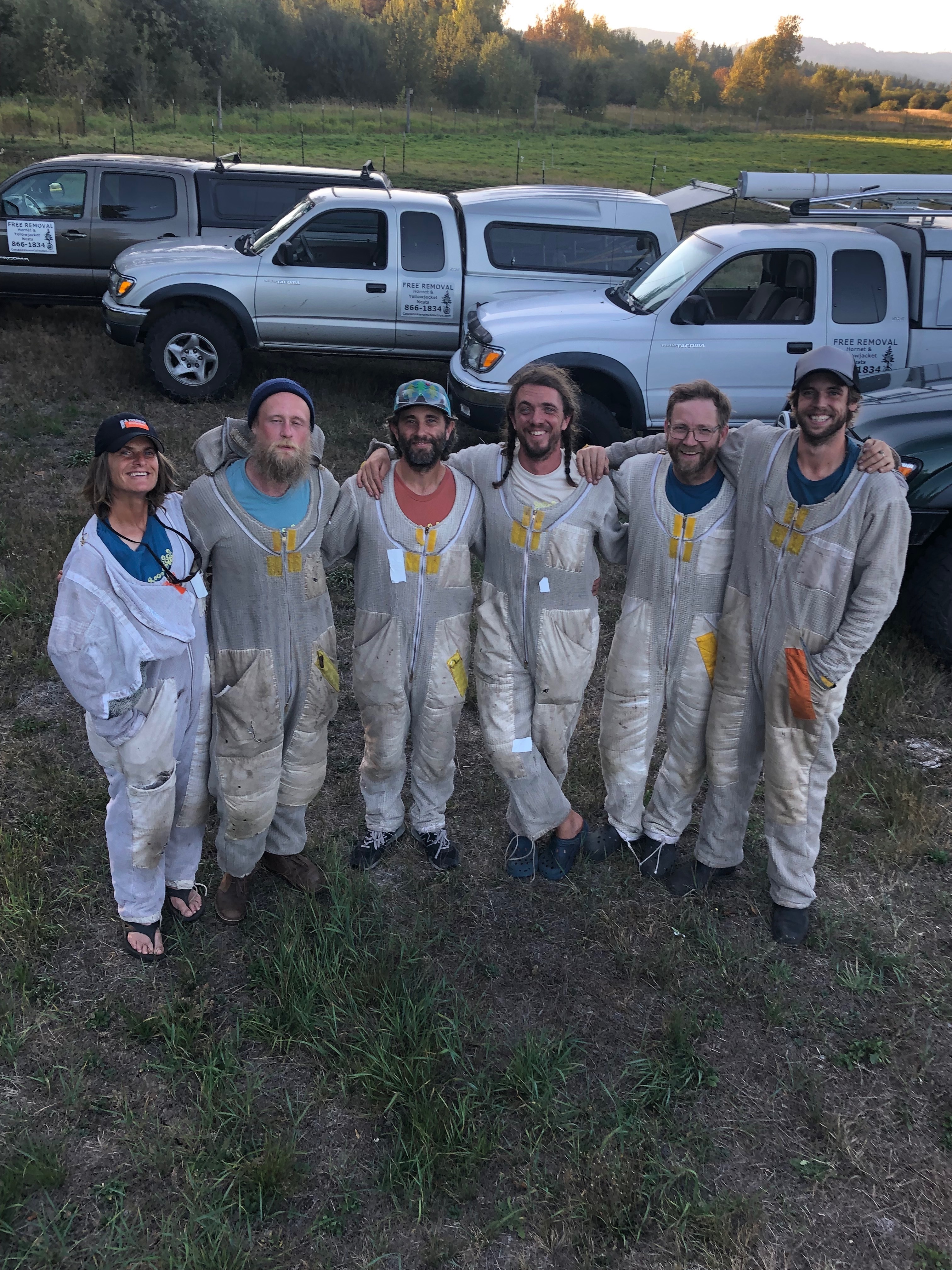